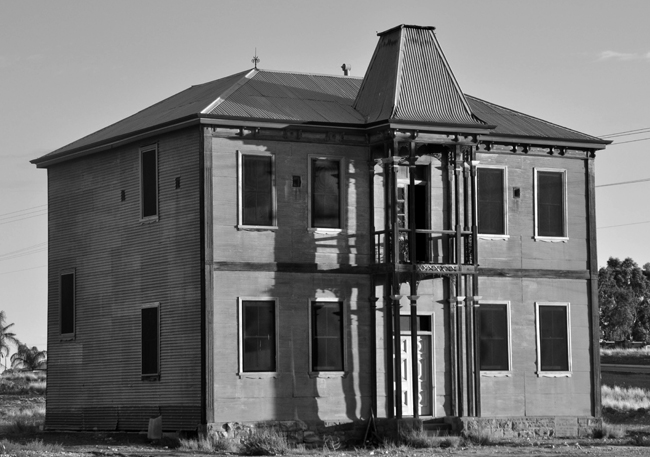 In fact it’s the Masonic lodge at Cue in central Western Australia. Built almost entirely out of corrugated iron in 1899 in this once thriving gold mining centre, it sits on the edge of town looking a bit like the house from the movie Psycho.

IBYS Research Director Mark Thomson visited the ‘Queen of the Murchison’, as Cue is known, recently and found it a fairly seriously corrugated town. Cue is surrounded by enormous modern ore dumps which are slowly taking over the old, nearly vanished ghost towns established in the 1890s when the WA goldfields were a frenzy of activity. One of the most surprising aspects of this area is how these old towns have virtually vanished off the face of the earth, whole towns with stores, businesses, railway lines and houses are now, only 100 years later, almost invisible but for broken glass, rusting tins and the occasional car part or cement slab. It says something disturbing about the impermanence of human life in the desert.

For it’s part, the Cue Masonic Lodge is being slowly restored (possibly by the National Trust as againt the National Rust, which surrounds the town in the form of old cans and tins and of course the handy corrugated building product. Those of us possessing gold detectors might like to hang around the caravan park and natter with the grey nomads as they share bullshit stories about great finds. Don’t believe anything you hear. 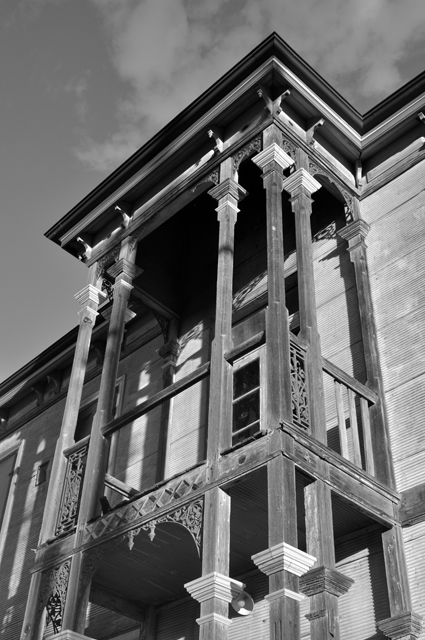